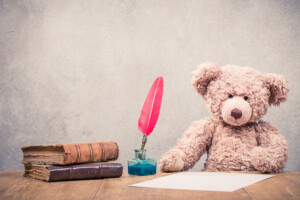 In regards to the English language, “We don’t just borrow words; on occasion, English has pursued other languages down alleyways to beat them unconscious and rifle their pockets for new vocabulary.” ~James D. Nicoll

There are endless variations paraphrasing this quote:

Part of the issue is that English has two root languages. Grammatically it is closest to the Proto-Germanic root, but a large portion of its vocabulary is derived from the Latinate root (mainly French. Also referred to as a Romance language, which Latin is the base for). Most self-respecting languages have a single root. English, as per the quote above, is clearly not a self-respecting language. The waters are further muddied by, again as per the quote above, the tendency of English to liberally borrow words from other languages. Let’s explore some of the fun to be had with English.

The plural of octopus seems like it should be octopi because octopuses just sounds silly. The plural is, however, octopuses due to the root language for the word being Greek, not Latin. There are the words where the plural is the same as the singular, such as a single moose or a herd of moose. Mouse however has the plural mice, while the plural of horse is nice and simple because you just add the ‘s’ at the end to get horses.

Tear and tear are spelled the same, as are lead and lead, minute and minute, and don’t forget content and content, but they all mean different things. Read and read are also spelled the same, but one is past tense and the other present. Fun fact for words like these – the accent that is stressed indicates if a word is a noun or a verb (generally speaking that is. There are of course exceptions, such as bear. More on bears later). Nouns have the first syllable stressed, i.e. record; and verbs stress the second syllable, i.e. record.

We all learned I before E, except after C. Unless you’re using weird words like heist, neighbor, foreign, weigh, and feisty.

There are contronyms – words that have diametrically opposed meanings. Nonplussed can mean either unperturbed or unsure of how to react. Egregious means both horribly bad and incredibly good. Cleave can mean to unify or split apart. Clip means to attach or to cut off.

Then there’s bear (I told you there’d be more on bears). Bear can be either a noun (which was likely the first thing that came to mind) or a verb. As a noun, it refers only to mammals belonging to the family Ursidae. As a verb, bear has multiple meanings including ‘to carry,’ ‘to be unable to endure,’ ‘to give birth to,’ ‘produce fruit,’ ect.

Enough with the single words, time for a sentence! A popular example of how to mess with the English language: I never said she stole my money. The sentence means something different depending on which word you stress – which is where things like context and bold or italicized words come in handy. Hopefully, if it’s found within a book, the rest of the story will give the appropriate context. As a stand-alone sentence, however, the author would need to rely on bolding or italicizing the words to convey the correct meaning to the reader by emphasizing the important word.

Another popular example, found in meme form around the internet, is: “She told him that she loved him.” Now insert the word ‘only’ somewhere in the sentence. Not only will this change the meaning of the entire sentence, but it will also remain grammatically correct.

Let us not forget the confusion that arises with homonyms, when two separate words sound similar but have different meanings, such as accept and except or muscle and mussel. We shall not discuss the time a former manager, one who claimed to be detail oriented and well-read, sent me an email referring to ‘mussel memory.’ Twice. To this day I still do not know what a mussel memory is. I do, however, know what a muscle memory is. There is a further complication in this particular paragraph regarding the use of the hyphen between words. While the use of the hyphen is gradually falling out of favor, its recommended that it’s use be consistent. So the second sentence should either be ‘detail-oriented and well-read’ or ‘detail oriented and well read.’ Then there’s the use of it’s vs. its. If you twitched when you saw the use of its and it’s in the seventh sentence, then congratulations! It should be, “…it’s recommended that its use be consistent.”

This is all a very long way of saying that English is, indeed, a nuanced and complicated language. Neither your spellcheck program nor grammar program will catch all of the errors, and in fact may offer up the incorrect suggestion. If you use multiple programs, you may get even conflicting information. Or you may use a program that gives you the correct information, but the context is incorrect. For example, the style guide for writing an AP article is different from the style guide used for academic writing. Perhaps you need to write something, and the words just do not want to flow. Or sometimes you realize you’ve used the same word five times in the space of three lines, but when you try to look up synonyms, the result is a sentence containing the phrase “cerulean orbs” instead of ‘blue eyes’ (the use of single or double quotation marks is often determined by region – British and Australian English tends to use single quotes and American English uses double, but sometimes writers decided to buck the trend and have their own preference regarding usage).

Hello dear reader. Proofreader, writer, and editor here. Happy to assist with all your writing needs. 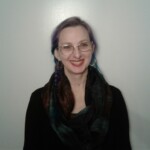 Read more of our blogs here!

Simple Self Care for Work

It’s Not Just a Day Off: Five Things Every Employer Should Know About Holidays, Home Time, and Productivity

October 31, 2022
We use cookies on our website to give you the most relevant experience by remembering your preferences and repeat visits. By clicking “Accept All”, you consent to the use of ALL the cookies. However, you may visit "Cookie Settings" to provide a controlled consent.
Cookie SettingsAccept All
Manage consent