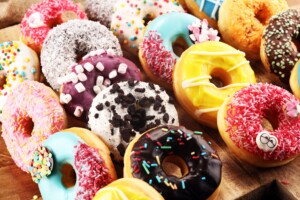 You’re in a meeting. You’re either the youngest in the room, the newest, or both. But that doesn’t matter because this meeting is about a topic that you know very well. Maybe not expert level, but you’ve got more knowledge and experience in this particular topic than the other people in the room. Sure, everyone else in the room is older and more experienced with this company, but they’ll respect the skills you bring with you, right? Right?

Oh, you were wrong. Very wrong. Every point you brought up was ignored. It felt like every time you opened your mouth you were outright dismissed by the others in the room. The one suggestion you made that the others liked was instantly claimed by the most senior person in the room as the part of the project they would be doing. You walked into the meeting feeling excited, and left feeling absolutely awful. And the worst part? Based on experience, you knew that the decisions they had made regarding the project were the wrong ones and that it was going to be a mess.

Do you:
A. Find a way to sabotage your coworkers who are causing problems
B. Advocate for yourself
C. Call your coworkers out on their attitude problem
D. Demand that they respect you

Option A is fun in movies but is unlikely to work out the way you had hoped in real life. Option C is super tempting, both in the moment and after you’ve had time to stew about the situation, but you should probably hold off until you have a way to do that that will not result in you taking a trip to HR. Option D is, well … we all know people who ‘demand that you respect them’ for whatever reason and we have words to describe them. Words that I should likely avoid saying in a professional blog post. As you do not want to be one of those people, Option D is definitely not the choice to go with.

That leaves us with Option B.

I recall being in a meeting like this: there were two senior management types, two new hires, someone who was clearly just there for the donuts, and me taking notes. Which meant I was to keep my mouth shut. The two senior management types were walking stereotypes – very full of their own importance and convinced that tenure meant superiority. Definitely the ‘I demand that you respect me’ types. Of the two new hires, one was a recent grad and the other was transitioning from a service industry position. The last one, as previously mentioned, was just there for the donuts. The topic of the meeting was community outreach. The two senior management types had no experience with the topic, the former service worker had some, and the recent grad had successfully been in charge of that very thing for several organizations when she was in school. A division quickly formed in the meeting, with the two senior management people dismissing and at times belittling the contributions of the more experienced new hires while offering no suggestions of their own; while the two new hires were growing increasingly frustrated and upset. And the handful of points raised that the senior management types liked they promptly claimed as their own, depriving the newer hires of the chance to gain more exposure within the organization.

These senior managers were essentially guaranteeing that there would be a high turnover rate in their department, as new hires would have absolutely no reason to develop any loyalty to the organization and stay. Instead of being good managers and doing things that would make the new hires feel like actual team members (who were clearly good enough to be hired for their jobs), they instead exemplified the types of managers who end up being posted about and mocked on various subreddits. Donut guy was clearly not impressed with them, but he also didn’t act as if this type of behavior was surprising.

The new hires, for their part, after getting visibly upset had shut down and withdrawn over the course of the meeting as their experience and knowledge were brushed off as inconsequential. While understandable, a better way to handle the situation would have been to advocate for themselves. The introvert in me who just wants to do the job is actively cringing at the thought of self-advocacy, but sadly it’s something that everyone, introvert and extrovert alike, should learn to do. There’s a lot of advice out there on how to self-advocate, and quite a bit of it is clearly coming from the aforementioned senior management stereotypes. “Be a team player! Work tirelessly on behalf of the company! Ask not what the company can do for you, but what you can do for the company! Be the captain of your own ship!” None of which actually helps when dealing with management that clearly doesn’t value you (I should note – while I am referencing management here, this is just as applicable to a client relationship or a small company or team).

There was however some helpful information to be gleaned from the various articles which I’ve distilled for ease of reading below (articles are linked at the end if you really want to read through them).

It’s not a quick fix and it may not always work. But it’s better than sitting and stewing about the situation while not acting to fix it. And talk to the person who’s just there to eat the donuts. They can likely give you the inside scoop on the assorted personalities and office politics you’ll be dealing with. Cultivate Donut Person as an ally. Begin to plot your takeover. Cackle maniacally while doing so.

…do not cackle maniacally while actually around your coworkers. It will make them nervous and clue them in that you are up to something. Lull them into passivity by offering donuts. Resume plotting your takeover.

Read more of our blogs here!

“I’m The Captain Of This Ship”

July 18, 2022
We use cookies on our website to give you the most relevant experience by remembering your preferences and repeat visits. By clicking “Accept All”, you consent to the use of ALL the cookies. However, you may visit "Cookie Settings" to provide a controlled consent.
Cookie SettingsAccept All
Manage consent