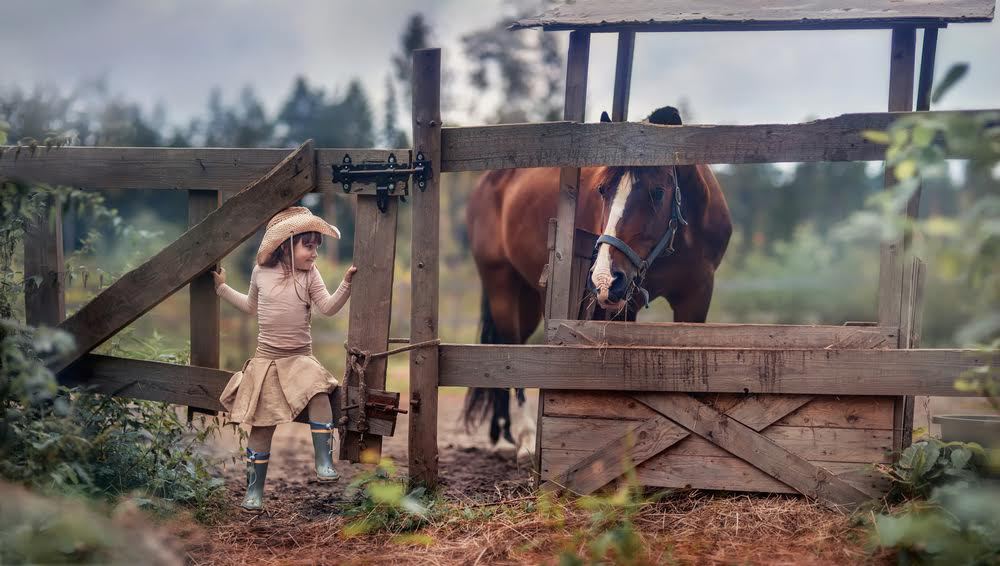 I was so excited for my first summer job as a teenager. It was at a horse and barn supply store, and as a horse-crazy teen this seemed like the ideal job. My mother was less enthusiastic, pointing out that the sign outside of the shop frequently had a ‘help wanted’ poster on it. I ignored her naysaying, applied for the job and after being told by the owner, “I don’t like to hire teens for the summer because as soon as you get them trained they’re gone,” was hired.

Turns out I should have listened to my mother.

Overall it was a routine retail job with standard hours and a regular clientele. It should have been fine. It would have been fine, except for the fact that the owner insisted on a very hands-on approach despite having a long-time manager on staff. We’ll call the owner Ken. Ken had very specific ideas on how everything should be handled, ideas which I’m certain he considered to be smart and good for business. Short version – he micromanaged. Long version – he was bombastic, micromanaged, and took everything to an extreme. Employees were not to talk to each other unless it was a directly work-related topic. We were not allowed to make any changes to any displays, even if new products had come in and there was no way to showcase them (I should add, this was an independent business, so there were no corporate mandates dictating that all store displays must be identical). If a customer came in looking for something, we were to not offer alternatives even if we knew it would be a better match for what the customer needed. We were to not have opinions, and we were expected to handle everything on our own. Except for when we weren’t, but there were no instructions on how to know the difference.

One day, Ken was out of the store. The regular customers instantly realized this and noted how much more relaxed and happier we all were. Coincidentally, the customers also reported that it was the best atmosphere they’d ever sensed in the store and the most enjoyable time they’d ever spent shopping there. By the end of the day all of the work was done, and none of us went home feeling stressed. Unfortunately, one of the customers mentioned the change in atmosphere to Ken when they ran into him that evening.

The next morning, we were all summoned to the front of the store where an angry Ken actually gave the ‘I am the captain of this ship’ speech, and how we were to not deviate from his instructions no matter what even if he wasn’t physically present in the store. Teenage-me was stunned and uncertain how I was supposed to react. The store manager, who had been there for 10 years, was briefly stunned and then she was angry. Renee made it to the end of the speech before turning and simply walking out of the store, and we heard her car start up and drive away. She didn’t come back. Instead she went out and got the financial backing and community support to start up her own horse and barn supply business; and we all went to work for her.

Ken was out of business within the year. The only reason he’d lasted so long was because he was the only person in the area to have that particular business. Turns out that being a bombastic iron-fisted micromanager was not a sound business strategy as it made his employees miserable, which in turn impacted his customer’s experience. And when offered an alternative everyone, customers and employees alike, flocked to the alternative.

Renee was an amazing business owner. She treated her employees and customers with respect and empathy. There was no micromanaging – we had check ins and a support system was in place if we ran in to difficulties, and we were trusted to do what was asked of us. She was open-minded and willing to both give and receive feedback. In short, Renee knew how to communicate; and she could communicate

effectively. She actively built a team that worked well together and that wanted to see the business succeed. I worked there for several summers, instead of disappearing after one summer (the pattern Ken had complained about).

Welcome To Our New Blog!

June 6, 2022
We use cookies on our website to give you the most relevant experience by remembering your preferences and repeat visits. By clicking “Accept All”, you consent to the use of ALL the cookies. However, you may visit "Cookie Settings" to provide a controlled consent.
Cookie SettingsAccept All
Manage consent